Standing on the newly restored Queen Bess Island, on February 3, Louisiana Governor John Bel Edwards shared the success of this Deepwater Horizon restoration project with a large group of project partners and supporters. A few weeks from completion, the restored island will be ready for nesting Brown Pelicans just in time for their arrival next month.

“I think they’ll like what we’ve done with the place,” said Gov. John Bel Edwards. “Before we started this restoration last August, only five of the island’s 36 acres were usable for nesting. Now all 36 acres are available, and we have plans to keep it that way for years to come.” Governor Edwards then unveiled a dedication sign indicating restoration of the new Queen Bess Refuge was funded by Deepwater Horizon settlement funds.

Queen Bess Island is located northeast of Grand Isle in Jefferson Parish, Louisiana. It is the fourth-largest Brown Pelican colony in 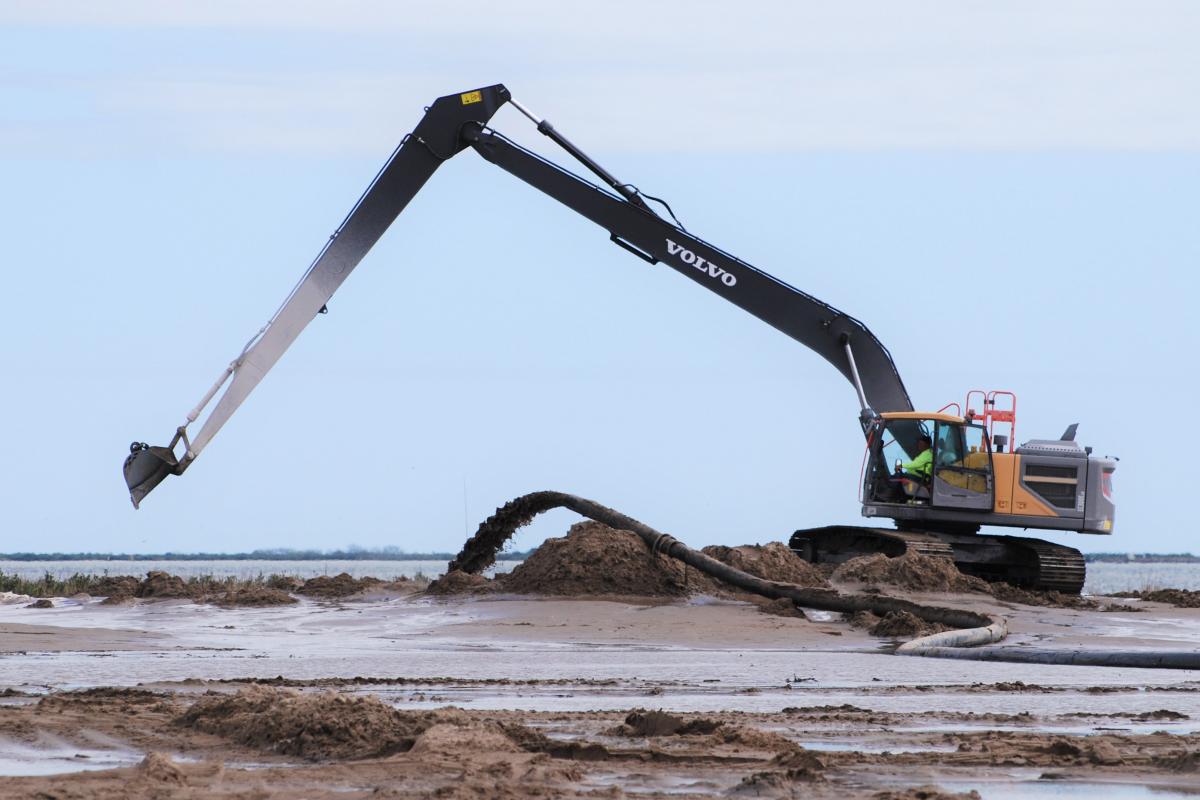 The island also provides critical nesting habitat for four other species designated by in Louisiana as Species of Greatest Conservation Need. This project will enable these species, which were among those most impacted by the Deepwater Horizon oil spill, to continue nesting here well into the future.

“Queen Bess is one of Louisiana’s best redemptive wildlife stories,’’ said Louisiana Department of Wildlife and Fisheries (LDWF) Secretary Jack Montoucet. “It was on this very island in 1968 that we began the process of bringing back the Brown Pelican after pesticides nearly wiped the species from the Louisiana landscape. Now we celebrate the birth of a healthy home for Brown Pelicans and many other bird species because of the marriage of science, wise planning, and the determination of state and federal governments to do the right thing.”